RoomZoom is a roommate matching web app designed to take the stress, financial risk, and guesswork out of finding a roommate, whether you're moving to a new city or you're simply in need of a new roommate. We ask a series of very basic questions about your lifestyle and personality, take that data and deliver a ranked list of roommate matches.

It’s a big world out there and people are moving all the time. So why is it impossible to find the right roommate? RoomZoom matches potential roommates based on budget, and also on lifestyle and living habits. Whether you need an apartment or you already have a place, RoomZoom instantly matches you with the most compatible roommates. We sort and rank your best matches and you decide who to message. That’s it. RoomZoom is built by people like you, for people like you and we make finding a great roommate super easy.

I built RoomZoom because I needed it and all of my friends needed it too. I lived in a four-bedroom apartment in Williamsburg, Brooklyn, and I was sick of using Craigslist every time one of our roommates moved out. Our rent was quite cheap for the neighborhood and every time a roommate moved out, we got hundreds of e-mails in response to our Craigslist ad. (Claire, Joie, Jackie, Amanda, Lauren, Alex, and Nina, do you remember how nuts it was?) It took way too long to sift through the e-mail flood and it was almost impossible to decipher who might work based on a few lines from a stranger. We ended up asking prospective roommates to fill out these crazy-seeming questionnaires to get a better understanding of who they were, but that was a lot of paperwork and an imprecise process. At the same time, any time they had to move, people our age had terrible times finding apartments to move into and often ended up spending months in limbo or agreeing to live in less than ideal situations out of sheer desperation. It seemed silly that in the 21st century a problem like this existed. So we built RoomZoom. We hope you like it and we hope it's useful. Please drop us a line to give feedback or tell us your own roommate story! comments@roomzoom.com

RoomZoom sorts and ranks compatible roommates based on their lifestyle and personality which end up saving members tremendous time and energy by finding a great roommate quickly. Our members receive a list of matches that are sorted and ranked by compatibility; all they need to do is have a look and message the people that seem like a good fit for their particular living situation.

While RoomZoom saves tremendous time and energy in finding a new roommate, we still highly encourage everyone to always meet their potential roommates in person and in public before making any decisions—even using RoomZoom, picking the right roommate still requires some in-person interaction. We hope you like it and more importantly, we hope it saves you time and stress by finding you a great roommate. We are still in beta, we would be very grateful to hear any feedback or questions at comments@roomzoom.com. 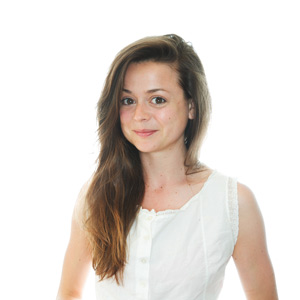 Elien studied International Relations and English at Tufts and has since done a variety of things to pay her rent, including selling billboards, carving pigs, and editing at Vanity Fair. She is from Maine.

How does RoomZoom keep out creepy people?

We do our very best. RoomZoom has a keen eye for those who are misrepresenting themselves or who seem to want something from RoomZoom other than the perfect roommate. We maintain a strict policy of removing such accounts, if you find one please let us know at comments@roomzoom.com.

It’s based on an algorithm Elien wrote after living in a four-bedroom apartment in Williamsburg for six years. She saw many different roommates come and go and over time refined the questions she found to be most relevant to maintain a harmonious living situation.

Is there a search function?

Not yet! If a lot of you end up wanting one, we will build it. Let us know about that or any other desired feature at comments@roomzoom.com.

In what cities is RoomZoom available?

New York City. And more soon! Please let us know if you would like to see RoomZoom in your city or your soon-to-be-city.